Amazon's 10.1-inch tablet PC will go into mass production in early 2012 with Foxconn Electronics handling orders according to sources from upstream component suppliers. Foxconn also handles Amazon's Kindle e-book readers with estimated volumes sitting at around 15-18 million units which accounts for 60-70% of the entire global e-book reader shipments from the total of 25-30 million units in 2011. 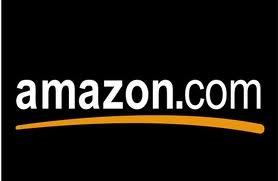 Amazon's 7-inch tablet PC, which is supplied by Quanta Computer, is expected to start shipping in October.