LG has just readied up its first 3D-capable notebook for market in Korea, the XNote series A530. It's a 15-inch notebook with the 3D-ready LED backlit display sporting a native 1080p resolution and an integrated stereoscopic webcam using two individual cameras to build a stereo 3D video stream via LG's own software. 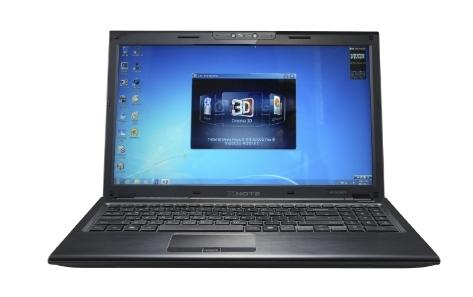 Based on Intel Sandy Bridge with a 2nd Gen Core i7 processor, the XNote A530 uses a discrete GPU from NVIDIA, the GT 555M. The notebook will also ship with a software tool called "True 3D PT" which is said to allow users to create 3D presentations that can then be displayed in 3D on all capable displays and projectors.

No word when it'll hit other regions yet, or at what pricing.