Big news from AMD today with word (and evidence) coming out that they are branching out their "Radeon" branding from VGA into the DDR3 memory market as well, not just to OEMs, but directly into consumers hands. 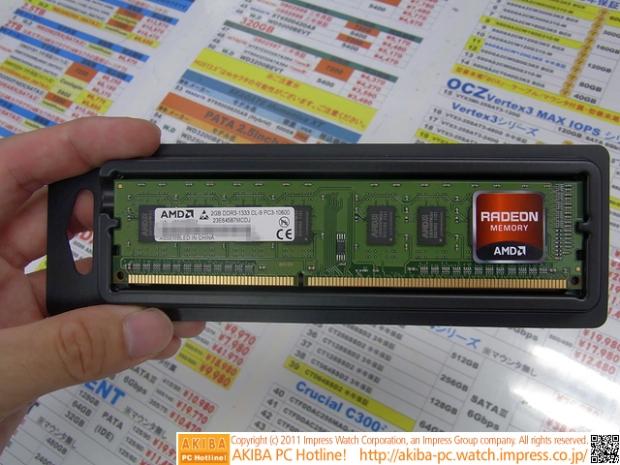 Website PC Watch was the first to get the scoop (including images) that AMD is in fact entering the DDR3 memory market with "Radeon memory". Even AMD's website now backs it up with a dedicated page on their website detailing "AMD Radeon Memory for Systems" - with three series under the lineup thus far in the Entertainment, ULTRA PRO Gaming and Enterprise series'. 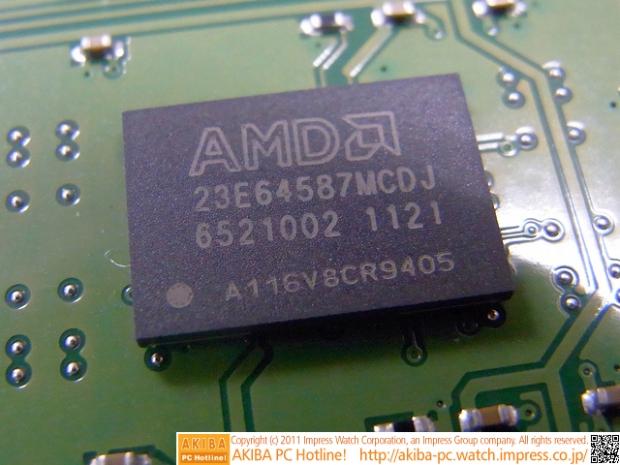 It's not surprising that AMD is targetting the modules directly for use in their own platforms. The first batch of modules entering the series are 2GB in density a piece, with the Entertainent series module operating at 1333MHz w/ timings of 9-9-9, the ULTRA PRO Gaming running 1600MHz (11-11-11 timings) and the Enterprise series memory of which specific info is yet to be disclosed.

The pictures seen are thanks to the Entertainment series module already having hit several Japanese stores, in which it can be had for the equivilent of about $20. We are yet to hear of when the other modules will hit the market or at what price point.