MSI has just unveiled another gaming laptop with it already showing up in a few stores and being available for pre-order elsewhere.

Depending on how much extra you may like to spend over the $1,600 odd base price, you can switch things up for a 120GB SSD+750GB HDD, 12GB RAM, Blu-ray drive and matt-finish display. 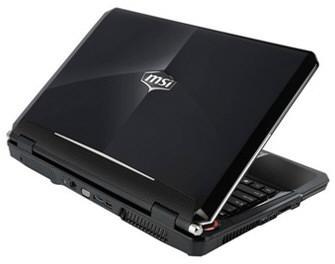 Weighing in at about 3.5Kg, the external finish of the GT683DX is of a scratch-resistent, black coating. MSI has also implemented a built-in LED light system, TDE (Turbo Drive Engine) and Cooler Boost technologies that allow the user to easily overclock the system while providing enhanced cooling to keep temps at bay.

Pricing is yet to be confirmed by MSI for this new model, but as mentioned, it's starting to pop up in some stores and etail sites at around the $1,600>$1,700 price point.