ASUS are readying up a standout AMD A75 powered motherboard for launch very soon which HTPC and SFF builders will primarily be attracted to. The new F1A75-I Deluxe is a Mini-ITX based Socket FM1 board which packs a ton of features given its stature. 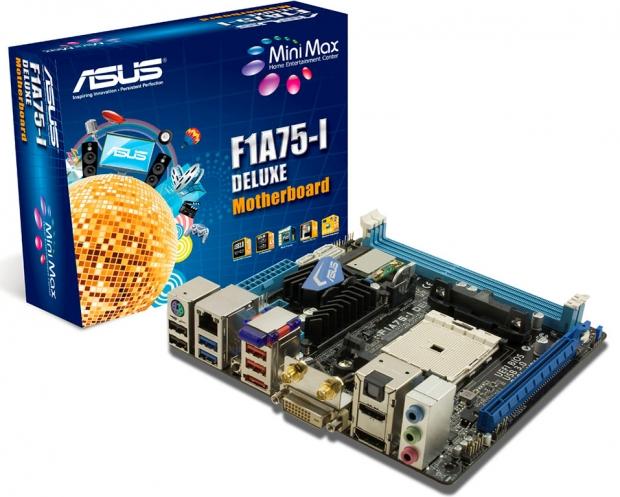 Using a 4+1 phase CPU VRM setup, it also has a couple DDR3 slots supporting dual channel DDR3-1866 memory and a dedicated PCI-E x16 slot for discrete add-in GPUs should you not already be satisfied with the kickass built-in GPU on the new A-series APU's.

Looking elsewhere on the board, we've got four SATA 6Gbps ports, one eSATA 6Gbps port, 6-channel HD audio with optical S/PDIF, four USB 3.0 ports (two in the form of headers, the other two on the rear I/O), built in WiFi b/g/n support, Gigabit ethernet, Bluetooth and a range of USB 2.0 ports. 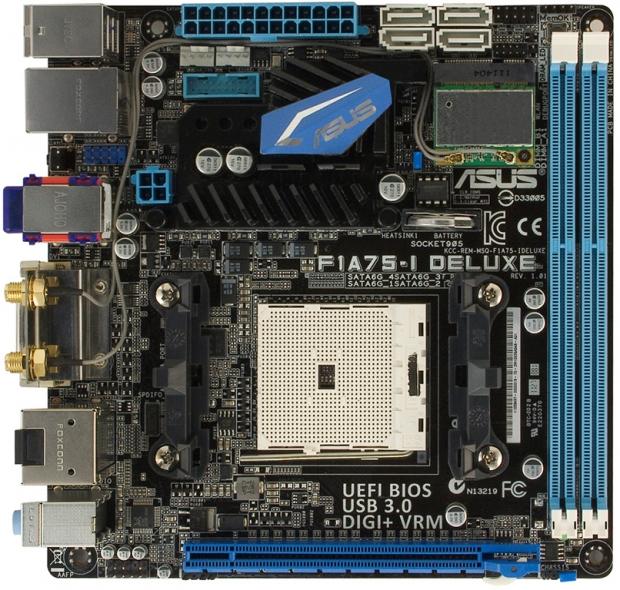 Display connectivity wise, there are DVI, HDMI 1.4a (with 8 channel audio being possible via the GPU) and DisplayPort 1.2 outputs. ASUS has also tacked on its TPU performance control and EPU energy efficiency chips as well as a UEFI firmware with ASUS' EZ-mode GUI setup facility.

The board hasn't launched yet and we're still waiting on a sample to pass through our labs, but it'll no doubt be on the way before too long and we can show you how this impressive looking little board goes up against its bigger A75 sized brothers in the performance stakes.