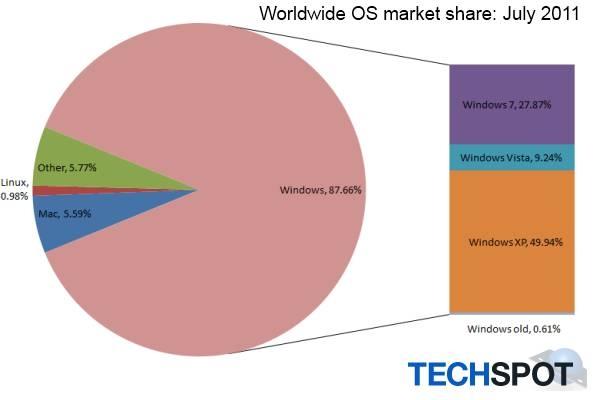 By the end of 2010, Windows 7 nabbed 20% of the market and by the end of April 2011, it had 25%. Last month Microsoft reported they had sold over 400 million licenses in 21 months which means they're selling no less than 20 million per month. Back to school season is approaching which should see these numbers stay solid until at least 2012.