Almost 8 months since its introduction at CES, ViewSonic is finally preparing its V3D245 3D Vision-ready 23.6-inch for the market with it hitting North American shelves mid to late this month. 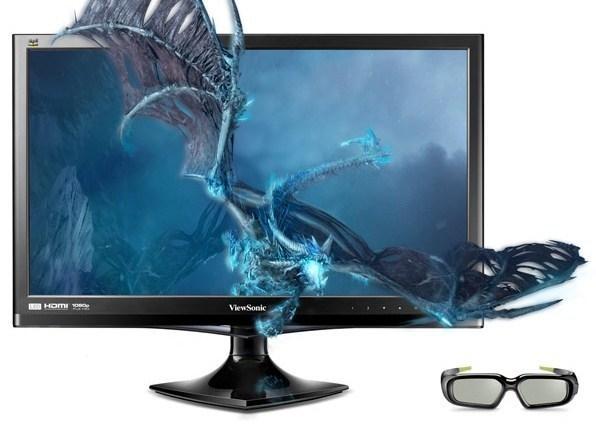 The monitor while being a 120Hz, 3D capable panel bundled with a pair of active shutter glasses, does depend on NVIDIA's 3D Vision experience with its built-in wireless emitter, meaning you'll of course need to be using an NVIDIA based graphics card.

The rest of the monitors specs is much of a standard fare with a native resolution of 1920x1080, dynamic contrast ratio of 20,000,000:1, 2ms response and 2W SRS Premium Sound speakers.

ViewSonic has tacked on a $499 USD price tag for the V3D245, which is backed by a 3 year warranty. Refer to the source link below for the official announcement.