If you're looking for a decent entry level Z68 on the cheap, you may be interested to know that Biostar are delivering what looks to be a fairly well rounded budget board in the new TZ68K+ that they've just launched this week. 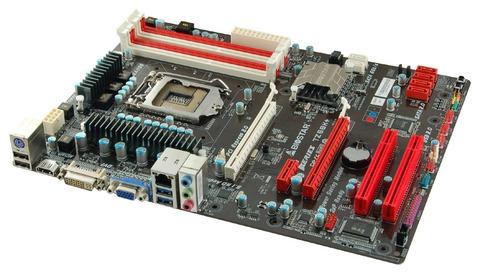 Biostar actually already has what looks like an identical board in its current lineup, the TZ68A+, however the new TZ68K+ differs in that it sports a stronger CPU VRM arrangement with 8 phases vs. the 4-phase VRM setup on the TZ68A+, making it a bit more attractive if you want to get a decent overclock. As a result of the chunkier VRM setup, it now has its own heatsink to assist in keeping temps at bay. 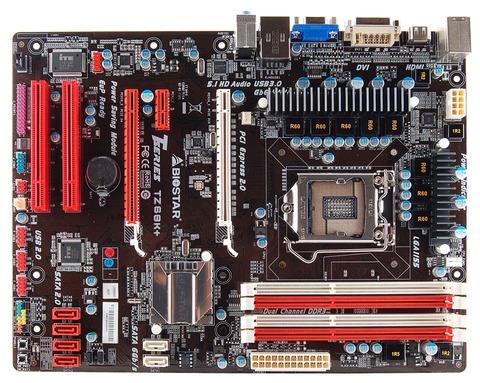 Otherwise, the board or more or less the same with its two PCI-E x16 slots (x16 / x4 electrically), a single PCI-E 2.0 x1 slot, and two legacy PCI. The rest of the board is closely bounded by the chipset's native feature-set with two SATA 6Gb/s and four SATA 3Gb/s ports, all of which are internal. Biostar has also left LPT and COM headers resident on this board and it has a range of USB 2.0 ports along with a couple USB 3.0 ports on the rear I/O.

As for the remainder of the rear I/O, it has 6-channel HD audio, a PS/2 keyboard port and HDMI 1.4, DVI and D-Sub display outputs. Biostar has also used a UEFI BIOs for this board.

Pricing hasn't been mentioned on the updated board yet, but shouldn't come in too far above the TZ68A+ which currently sits at around $100 US.