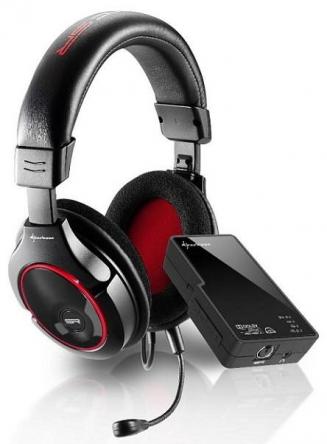 The adjustable headband is wrapped in leather, while its earcups are softly padded. It has a built-in microphone, in-line volume controls and comes bundled with Sharkoon's SCU (Sound Control Unit) with a 3D Sound Expander that can connect up to two sets of headphones.

Amazon is now taking pre-orders for the X-Tactic SR at $139.99 USD in which you will be given a $10 promotional credit offer for other purchases. Shipments will commence on August 16th.