The folks behind the PowerColor lineup of graphics cards, Tul Corp, have just released a couple interesting new cards under their VTX3D (Vertex 3D) branding. The two cards are based on the HD 6670 and HD 6570 mid-range models from AMD, but sport a rather unique inclusion that helps them stand out amongst the pack and its not just the aftermarket onboard. 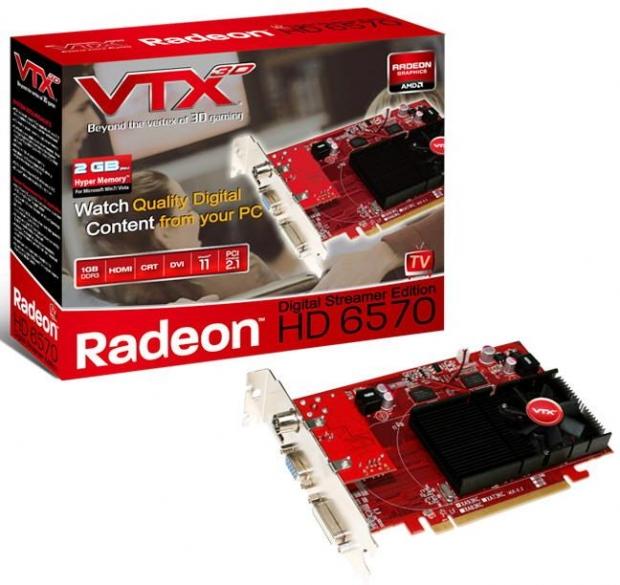 These cards have built-in DVB-T tuners to allow users to watch digital TV on their PC, doing away with the need to use up another slot on the motherboard for a standalone DVB-T card.

Both cards have three outputs - D-Sub, DVI and HDMI and as you can see in the photos, they use custom cooling solutions. As for internal specs, they both run on a 128-bit memory interface, using the Juniper GPU (with 480 Stream Processors) and 1GB of memory (with an additional 1GB of system RAM that can be used via the Hyper Memory tech). 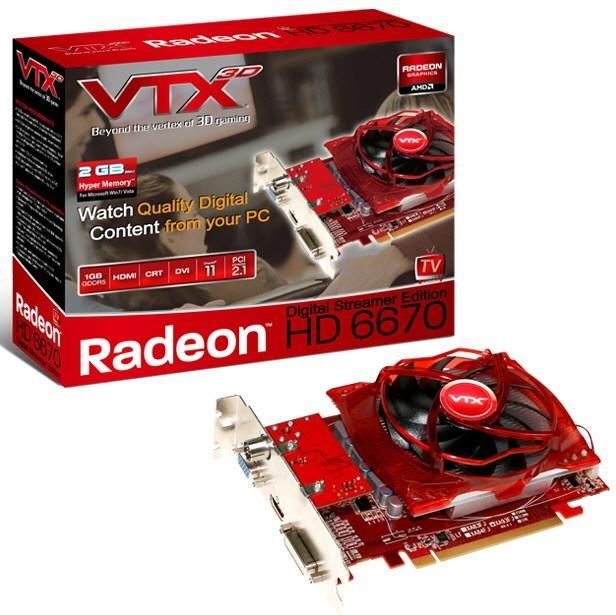