Apple have just posted their third quarter results, giving them an all-time record revenue and earnings. Apple saw a quarterly revenue of $28.57 billion and record quarterly net profit of $7.31 billion or $7.79 per diluted share. To compare to the same quarter of last year, revenue was at $15.70 billion, net quarterly profits say at $3.25 billion or $3.51 per diluted share. International sales make up 62-percent of the quarter's revenue. 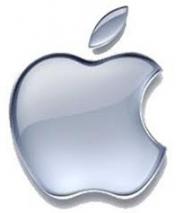 Steve Jobs has been quoted saying "We're thrilled to deliver our best quarter ever, with revenue up 82-percent and profits up 125-percent. Right now, we're very focused and excited about bringing iOS 5 and iCloud to our users this fall."

Apple CFO, Peter Oppenheimer says "We are extremely pleased with our performance which drove quarterly cash flow from operations of $11.1 billion, an increase of 131-percent year-over-year. Looking forward to the fourth fiscal quarter of 2011, we expect revenue of about $25 billion and we expect diluted earnings per share of about $5.50."