CNN are set to stream its news broadcasts to viewers through the Internet. CNN is set to make its programming available all day, everyday on desktops, iPhones and iPads as well as existing customers who are subscribers to CNN be it through cable, IP or satellite TV. CNN are also launching a new video player that offers simultaneous multi-window HD streams. 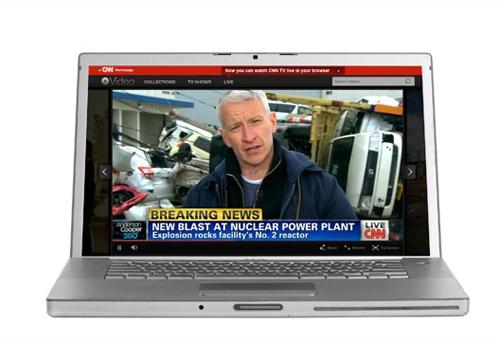 The 24-hour streaming will reportedly include both the core station and Headline News. CNN has been providing live streams to iPad users since December but this has only been for major events. Customers who subscribe to either through a provider such as Verizon, Comcast, Cox or Dish will have access to the streamed content. If you're an iPad or iPhone user, hit up the iTunes app store to download the enabling app.

CNN are also re-polishing their online viewing experience by offering up to four live streams of news and events, original video series as well as on-demand video clips with related CNN and HLN show information, both in HD.