After having just become apparent that Microsoft are the new owners of domain socl.com, earlier today it was discovered that a teaser landing page was running on that domain which appears to be a new social search service by Microsoft, as indicated in the screenshot of it below :- 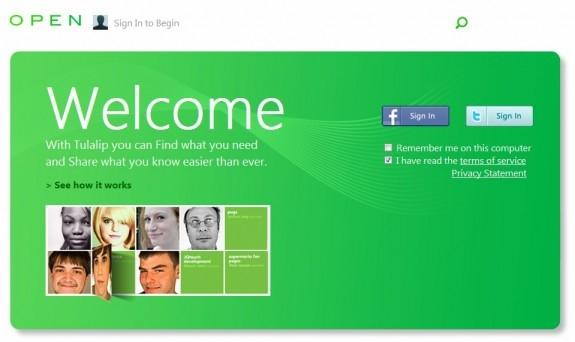 A short time later, it was pulled and replaced with the following statement.

Thanks for stopping by.

Socl.com is an internal design project from a team in Microsoft Research which was mistakenly published to the web.

We didn't mean to, honest.

So, they would at least mean to have us believe that this was an honest mistake and to think nothing of it at this time. Make of it what you will, I think it's inevitable Microsoft will be jumping aboard the social networking train in some significant form before too much longer.

Shifting focus back on what the teaser hints, the service (called "Tulalip", which so happens to be the name of a group of Native Americans tribes located not far from Redmond, Washington where Microsoft headquarters is) looks to be a Search meets Share kind of setup, with the message "With Tulalip you can Find what you need and Share what you know easier than ever" given and a couple sign-in buttons for two dominant forces Microsoft knows it has to play ball with to survive in this realm; Facebook and Twitter.