Apple have really changed over the past decade, the iPad and iPhones have revolutionized entire markets, killed off the older giants and Mac sales are continuing to grow and have now even reached the bronze position of being the third-biggest PC vendor in the US according to IDC's market share data. IDC says that Apple's share of US PC shipments sits at a respectable 10.7-percent, with HP sitting at 26.3-percent and Dell on 22.2-percent. These numbers are pretty far ahead of Toshiba and Acer with 9.1 and 8.5-percent respectively. 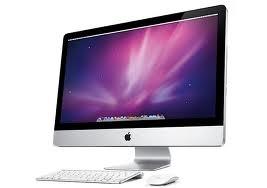 But, consider this is just US sales, Apple are in third position. Internationally, Apple don't even make the top five which is made up of juggernauts HP, Dell, Lenovo, Acer and Asus. Looking at the PC market as a whole, IDC have reported that there has been a 2.6-percent ride in PC shipments for Q2 of this year. IDC points this to a number of factors for its sluggish growth inclusive of "competition from smartphones, other consumer products and pressure from lackluster economic conditions."