Thanks to the folks at XFastest we have a little more meat on Intel's next-gen consumer level 7 Series Express chipsets today. The schedule for launch looks to be the second quarter of next year, most probably March or April. 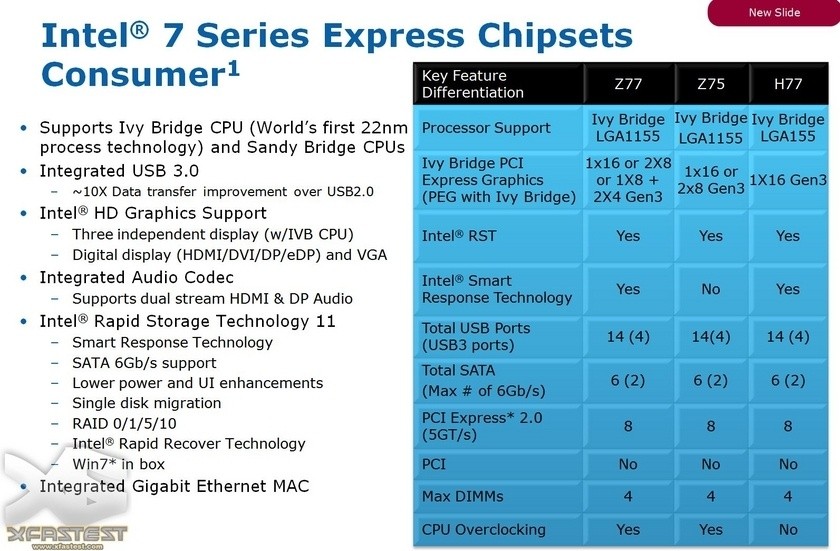 The 7 Series chipsets will of course support Intel's upcoming 22nm Ivy Bridge processors and come in three variants; Z77, Z75 and H77. There will also be three chipsets for the enterprise market at launch, being Q77, Q75 and B75 and five mobile chipsets including the QS77, QM77, HM77, HM76 and HM75. 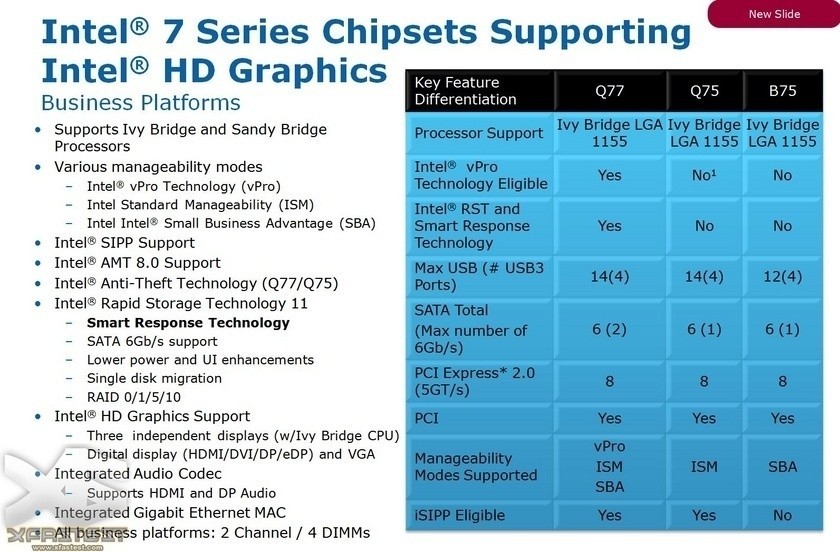 And of course, we can't forget the top-end, long awaited X79 chipset said to be shipping in August. Hopefully we won't have to wait too much longer for the Sandy Bridge E processors, although the last we heard was a delay into early next year. Let's hope not!