Reports have flown in on the wings of angels saying that Apple have placed an order with Taiwan-based manufacturer Pegatron for 15 million next-gen iPhones. The order is based on a September ship date for the iPhone 5 and the DigiTimes source says that it is not a major revision from the iPhone 4. 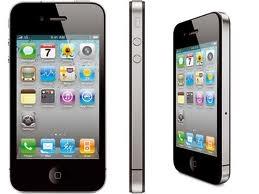 The iPhone 5's body is meant to resemble the iPhone 4 but may receive several internal changes, including the dual-core A5 processor, an 8-megapixel camera, and an edge-to-edge orgasm-like 3.7 or 3.8-inch screen with a resolution a third higher than the iPad 2's 1024x768 screen. Verizon have also let slip that the new iPhone may be a dual-mode CDMA and GSM.