Jaap is a 66 year old Grandpa who still cranks online gaming and since his retirement at 59 years of age has gotten himself into the world of online FPS gaming in the form of Battlefield: Bad Company 2 on the PS3. His YouTube video has seen what Borat would call "great success" with half a million views in the first week alone! His wife thinks he spends a little too much time playing games whilst his two sons are actually part of the BF:BC2 squad he is part of and are proud of him.

When Jaap retired at 59 he first stated playing Call of Duty and has now evolved up to BC2 on the PS3. His normal day consists of 2-3 hours of gaming and since the video has gone viral he spends most of his day playing games because of all the supportive attention he has received.

His online name is "Wacko Jacko" and this came about from his previous job as a journalist where he met Michael Jackson and several members of his family and to honor him, Jaap used the name "Wacko Jacko". Jaap has also received a great Father's Day present; Battlefield 3. He has a pre-order for it and can't wait to play it. 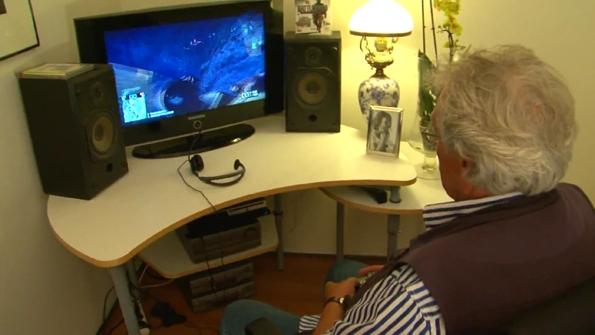 If you'd like to add or play with Jaap, his PSN is ADHD_WACKO_JACKO.