Hot on the heels of AMD's much anticipated LLano APU launch, GIGABYTE has gone all out in diversifying its range straight off the bat and kicks out no less than seven accompanying A75 chipset, FM1 socket motherboards. 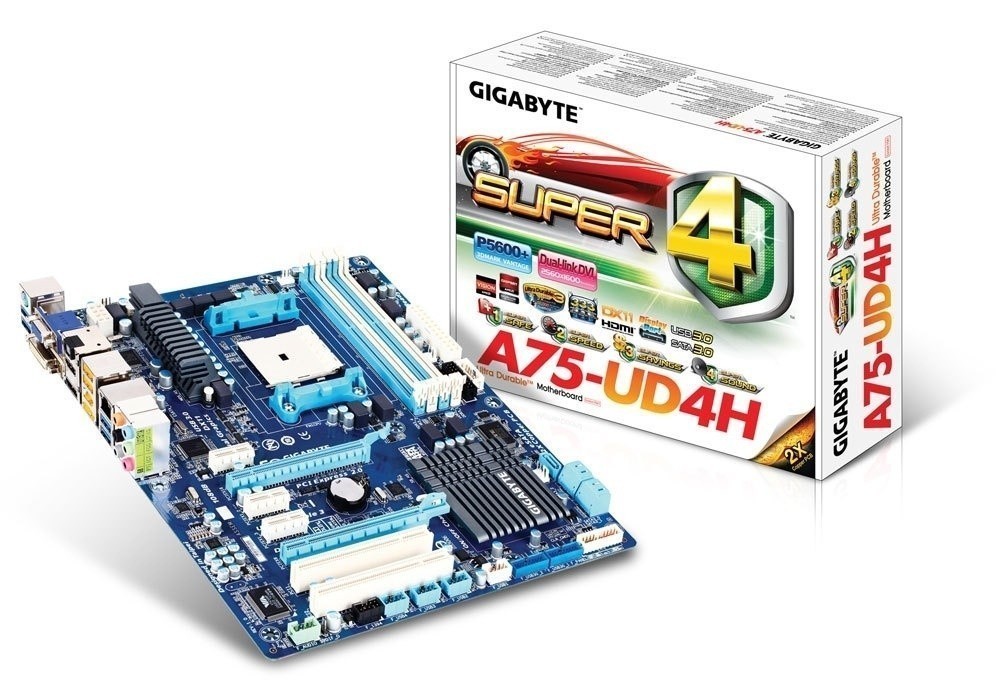 To give you an idea on A75 GIGABYTE style (at least, as good an idea as one can have minus the actual APU that's still under wraps until the 30th of this month), Shane recently checked out the A75H-UD4H variant in detail with plenty of pics and info on all the incorporated and exclusive features GIGABYTE pairs it up with.

For further scope on what GIGABYTE is offering in their A75 range of boards, click to the full press release here folks.