Jumping aboard the llano bandwagon ahead of the APU launch, MSI has announced its A75 powered mainboard today in the "A75MA-G55" which has been given the Military Class II treatment (comprising MSI's Hi-c CAPs, Super Ferrite Chokes and Solid caps) which both improves overall lifespan and helps in lowering power consumption as well as giving a more solid, reliable platform. 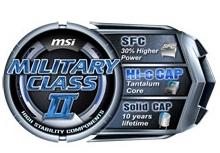 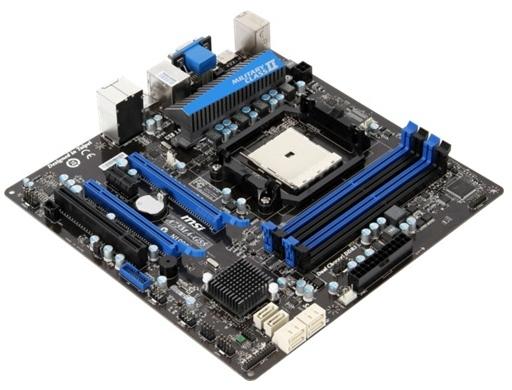 Using the mATX form factor, the board packs a good array of features for its size including enough USB 3.0 and SATA 6Gbps ports to keep you content, HDMI and DVI output, 7.1 channel audio and proprietory features from MSI including their UEFI based Click BIOS, OC Genie II for easy one click overclocking and i-Charger Apple friendly charging support.

To really put this board in a good light, however, is the fact that a high ranking overclocker known as Toppc (who recently won MSI's ultimate overclocking championship (MOA) in Taiwan), has gotten a hold of this board to see just what it's capable of; and it turns out quite a lot. SO much so, this board has helped him break several world records for the best performing IGP platform in existance as it stands now. 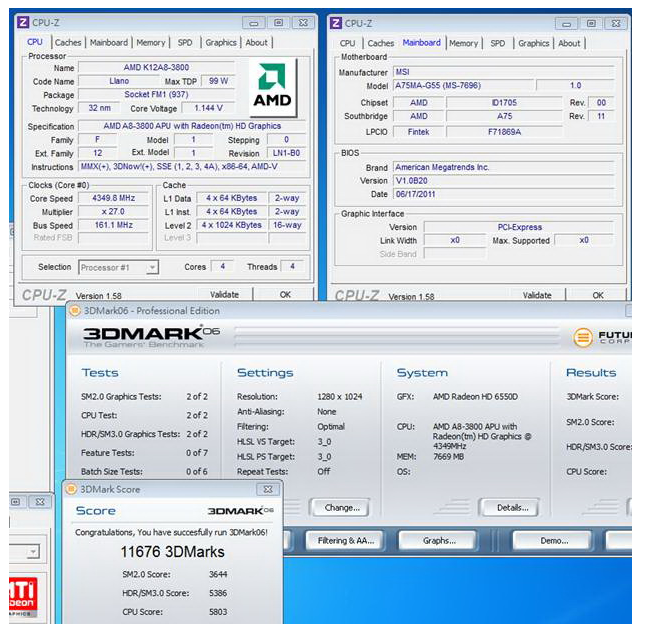 Not only did Toppc manage to get the highest result in 3DMark 11 with this board (scoring 1646 points), but also in 3DMark 06 with a score of 11676. You can read more about these achievements using MSI's A75MA-G55 on their website.

For further details on the board, you can view the full press release here.