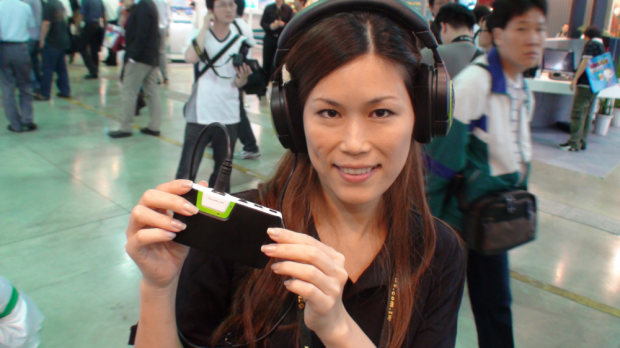 It's still a very early sample right now and doesn't even have a marketing name yet, but it looks to have the goods with a small Dolby Digital amp box that plugs directly into your console. From there a wireless audio signal is sent from that box to another small box that sits with you and what the headsets plug into.

Cables have not been completely removed, but much flexibility and freedom is added. Basically you only have a short cable that runs from one of the boxes that sits near you which provides the Sharkoon headset with power and virtual surround sound capabilities.

Thanks for modeling for us Juno - did you guys really need to hire those (additional) booth babes? :)