NewsReviewsArticlesGuidesGamingAsk the ExpertsNewsletterForums
Cases, Cooling & PSU
Computex Taipei 2011 - Yesterday on our final day on the show floor we met up with Tony from Xigmatek who gave us a quick look around their booth.

While we did see some cool upcoming cases behind closed doors that we cannot talk about right now, one thing we can talk about is the new XAF series cooling fans from Xigmatek. They feature an aeronautical bearing system which is a special design to improve air pressure and air flow. This new and impressive fan design will also be implemented into Xigmatek's full line of CPU coolers. 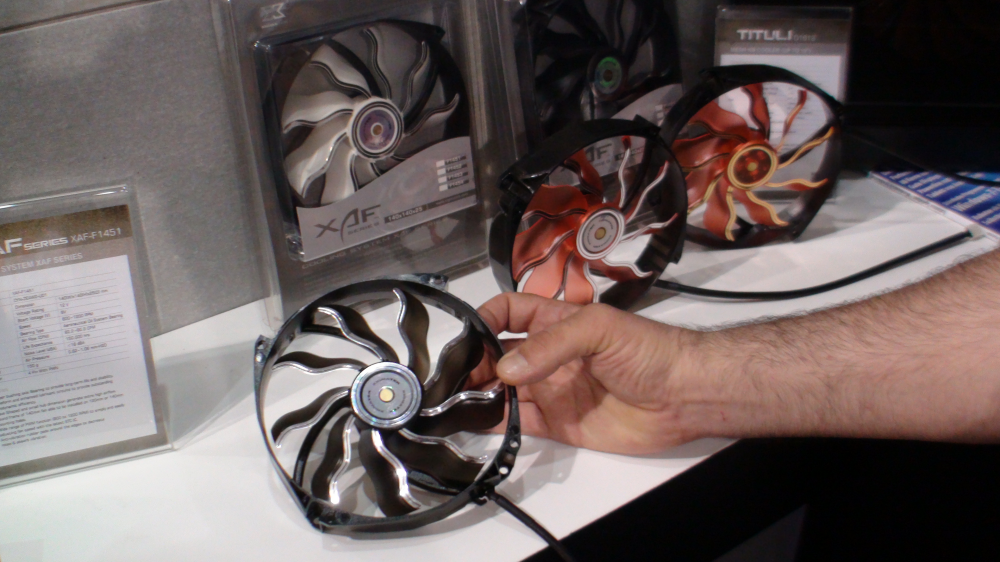 The fans will come in at 140mm in size, but will also be able to support 120mm fan mounting. They come with or without LEDs depending on what you want.

Xigmatek had a demo setup with the XAF fan running at a super quiet 1200 RPM with the old fan series running at over 2400 RPM (louder and 63.5 CFM) and at half the spinning speed the new XAF is able to push 76 CFM. Obviously the clear advantage here is high performance without the noise.