The X101 is a brand new netbook being announced today that runs MeeGo. As far as the other specs go, it runs an Intel Atom N455 processor that brings with it 1GB of DDR3 memory. The system is "Instant On" and as you can see in the video above, it boots (and also shuts down) very quickly. 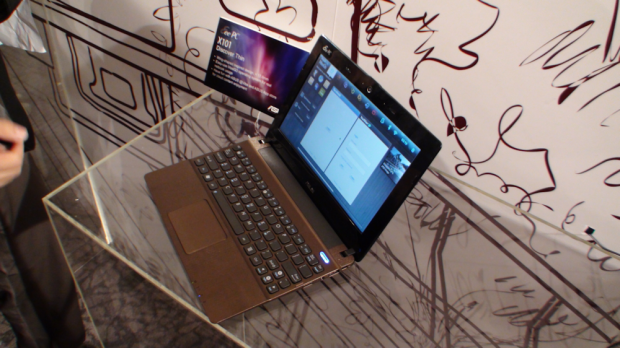 There will also be the X101H that comes with Windows 7 Starter and either a HDD or SSD depending on how much money you have to spend.

As far as the size goes, it weighs in at around 900 grams - we weren't able to get an exact figure at this stage. And at the thickest point it is only 17.6mm thick. It comes in either red or brown. There is no word on pricing or availability at this stage.