NewsReviewsArticlesGuidesGamingAsk the ExpertsNewsletterForums
Video Cards
Stereoscopic 3D is slowly making it's way everywhere, the limits of this are not known as now it has made its way to your browser and more specifically, YouTube. NVIDIA, Mozilla and Google have all combined their powers (minus Captain Planet) and have made stereoscopic 3D videos on YouTube to work with systems that are NVIDIA 3D Vision-powered. The feature is supported through a new HTML5-based 3D playback mode that works in Firefox 4. 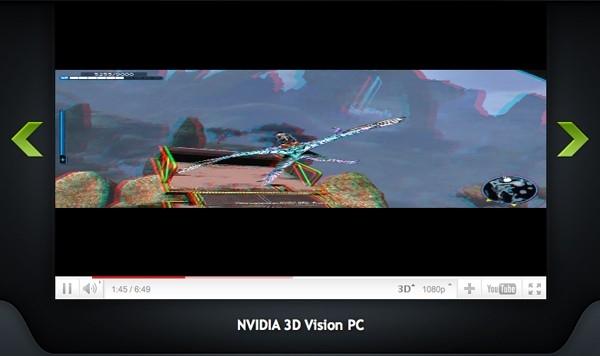 Firefox with 3D Vision creates a stunning and smooth 3D video experience using HTML5 video based on open standards. 3D Vision from NVIDIA is a great example of the rich, innovative experiences that are being built on top of the speed and graphics power that Firefox delivers to the Web.

Sure, right now the audience is small, but every little bit counts, right? What gets me, is Google are partnered in this (because of YouTube), which is surprising as they left out their own growing browser, Chrome.
NEWS SOURCE:arstechnica.com