NewsReviewsArticlesGuidesGamingAsk the ExpertsNewsletterForums
GIVEAWAY: Gaming peripherals upgrade thanks to Corsair worth $280
Gaming
NVIDIA have today announced a special sweepstakes to align with the official launch of Duke Nukem Forever. One lucky game will have the chance to win an all-expenses VIP trip for two to the official Gearbox Duke Nukem Forever launch event which will be held in Dallas, Texas on June 11. 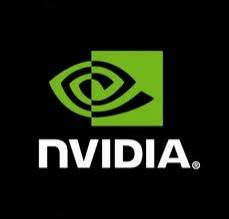 The Gearbox Community Day/Duke Nukem Launch Event will be held in Dallas Texas at the Palladium Ballroom on Saturday, June 11, 2011. There are various cool things happening on the day, such as the winner of this competition able to play Duke Nukem Forever alongside the Gearbox Crew, mingle with the Gearbox and NVIDIA development teams, party at an exclusive NVIDIA reception before the launch event (held on Friday, June 10), hear from the people behind some of Gearbox's biggest games such as DNF, Borderlands, Aliens: Colonial Marins, Brothers in Arms, etc, Get exclusive sneak-peaks at new, never-before-seen Gearbox materials and the last bit (which sounds the most fun), join the "partying and mayhem".

In order to win this amazing prize, you must be a US or Canadian resident, over 21 and visit https://www.geforce.com/Community/Rewards