All NewsBusiness, Financial & LegalCases, Cooling & PSUContests & GiveawaysCPU, APU & ChipsetsDealsDisplays & ProjectorsGamingMotherboardsScience, Space & RoboticsStorageVideo CardsVirtual & Augmented Reality
All ReviewsAll ArticlesAudio, Sound & SpeakersCases, Cooling & PSUCPUs, Chipsets & SoCsComputer SystemsDisplays & ProjectorsGamingMotherboardsNetworkingPeripheralsStorageVideo Cards
GuidesGamingAsk the ExpertsNewsletterAboutForums
Halo InfiniteBattlefield 6Elon MuskGTA 6RTX 3080RTX 3070HDMI 2.1Bitcoin Mining
Motherboards
ASUS are really going for gold with the AM3+ platform by including the Republic of Gamers (ROG) teaming of two motherboards in the form of the ASUS Crosshair V Formula and The Ultimate Force (TUF) Sabertooth 9900FX which go hand-in-hand with AMD's 990FX chipset that is designed to run up to four discrete graphics cards. ASUS are keeping the color scheme in line with other TUF-series boards and it doesn't look too bad at all. 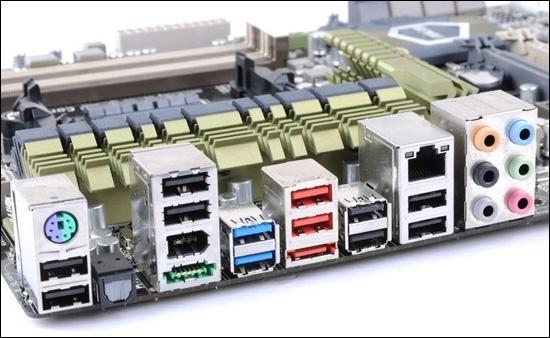 The board comes with ultra-durable components, 10-phase Digi+ VRM, four DDR3 DIMM slots supporting dual-channel DDR3-1866MHz memory and connects to the 990FX chipset over a HyperTransport 3.1 link. The board includes four PCI-Express 2.0 16x (capable of 16/4/8/8x or 16/4/16/nc - depending on what is installed). The electrical x4 slot is wired to the SB950 southbridge and is placed there to hold PCI-Express SSDs (such a great addition).

One each of the PCI-E x1 and PCI end the slots in a slower fashion. Storage wise the board sports six internal SATA 6Gbit ports supporting RAID, two internal SATA 3Gbit from a third-party controller, one power-eSATA/USB combo and one normal eSATA on the rear. To finish the board off we have 8+2 channel HD audio powered by a Realtek ALC892 with optical SPDIF output, one GbE port, four USB3.0 ports (two rear, two via header), a bunch of USB2.0 ports and Firewire.