The stand out feature besides the NVIDIA processor is the dual SIM card slots which are targeted at different networks so you'll be able to have one SIM running on the UMTS network and the EVDO network, basically GSM & CDMA. In addition to this feature that is taylored at the Chinese market, the other physical design change that's region specific is the ports are covered to streamline the phone. The other thing is that CDMA phones here have SIM cards, this was the first time I'd seen this ability live in a hand set. 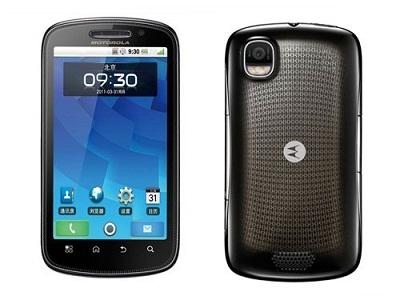 This four inch smartphone is running Android 2.3 or Gingerbread on its HD display, no other detailed specs were given as Motorola is pushing the concept of the phone rather then the specs at the moment. No word on what day this smartphone will be hitting the streets or at what price point, but we imagine its going to be competitive for this market.