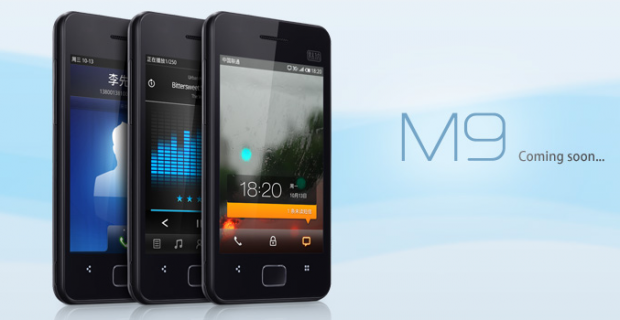 What? Apple is redubbing their iPhone 5 as the "M9"?! Nope. But that's probably why Apple's going to sue Meizu as soon as they step foot in the country. According to Electronista, the Chinese tech company is planning on opening an office in California, from which it would market its suspiciously familiar-looking portable products, the M9 (pictured above) and the M8. These phones certainly have the look and feel of a post-pc device, and though Apple hasn't followed up on some patent claims they filed against the M8, but I mean, c'mon Meizu. You're just asking for it.

Apple has already accused Samsung of infringement because the latter makes portable rectangular things that surf the web. What do you think they're going to do when your device, ya know, pretty much looks the exact same.