NewsReviewsArticlesGuidesGamingAsk the ExpertsNewsletterForums
GIVEAWAY: Sabrent Rocket Q 8TB NVMe PCIe M.2 SSD worth $2000!
Gaming
Long story short: Valve, maker of kick-ass games like Half-Life and the upcoming Portal 2, will launch the latter through the online service Steam if a bunch of people get together and play some indie games.

Earlier today, the end of an ARG was realized when Portal players found this on the Aperture Science website: 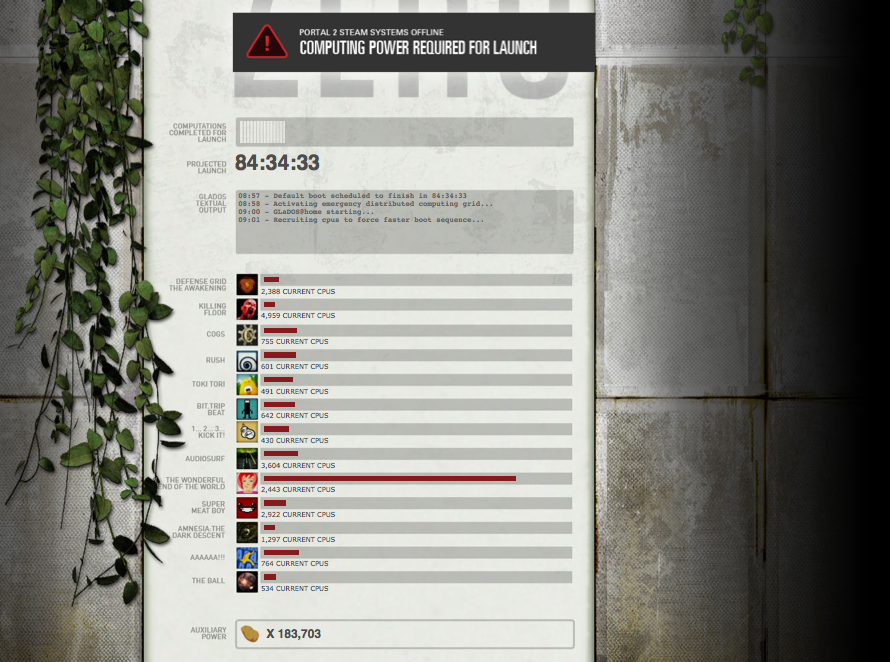 It's a counter that keeps track of how many people have purchased/are playing Steam's $38 indie game pack "Potato Sack", which includes titles like Bit Trip Beat, Amnesia: The Dark Descent, Super Meat Boy and Defense Grid. So even though the ARG was just a (shocker) marketing ploy to get you to buy games so that Portal 2 comes out sooner than...well, Tuesday, who cares? If you're already a Steam member, you might as well add these great games to your collection and support the indie developer community while you're at it, and get Portal 2 sooner!

STFU, h8ters. The world is just full of companies that want to sell you things. Get used to it. At least Valve let you have fun while doing so.