NewsReviewsArticlesGuidesGamingAsk the ExpertsNewsletterForums
Gaming
Has EA's Download Manager slipped Battlefield 3's release date? If so, it looks as thought the upcoming Frostbite 2-powered first person shooter will be released on November 2nd, one week before the next Call of Duty. 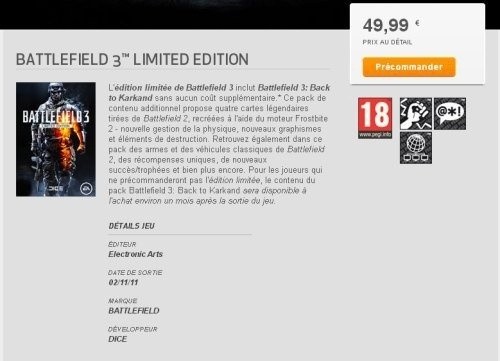 Although I think the next Call of Duty will be the end of the raping Activision has done to the franchise, Battlefield 3 will most likely be the FPS of 2011. The various trailers and teasers over the last month have caused quite the stir in the community and now that we have a possible release date, everyone has something to look forward to!
NEWS SOURCE:techspot.com