NewsReviewsArticlesGuidesGamingAsk the ExpertsNewsletterForums
Gaming
Duke Nukem Forever has had one of the best development sagas, ever. But, it's nearly here and there are some lucky SOB's that have already played it and the verdict? "It's worth it". DNF allows players to go into bathrooms and piss into a urinal, in the same bathroom you're able to pick up faecal matter from a toilet bowl and throw it around... yes, throw it around. 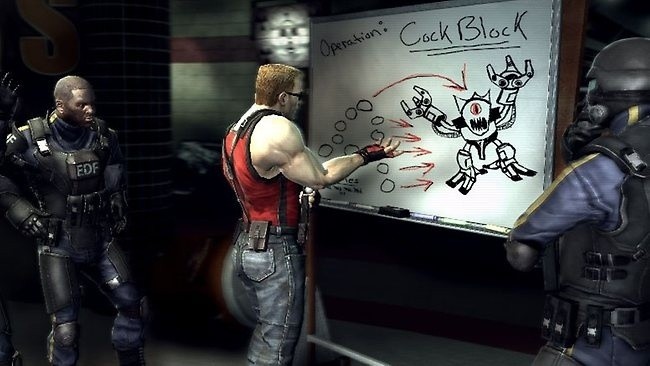 When picking up the faecal matter and throwing it around Duke is heard saying "what sick motherf***er picks up wet faeces" and "what am I? A monkey?" Of course, most people will laugh their asses off at this, as it's not something you take seriously.

For those who don't want to be spoiled, don't read any further!

The game also includes in it's final climactic scene where Duke kills the alien general, he is able to urinate into the defeated generals eye socket. I'll leave it at that I think and let you read the source for a bunch of other spoilers, I don't want to accidentally spoil it all for everyone!