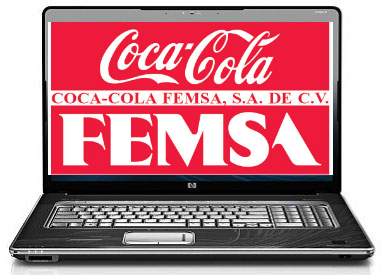 Despite their recent issues with Oracle, HP has got Latin America locked down when it comes to technical infrastructure. The company announced today that they will continue the relationship that started over a decade ago with the Mexican arm of soft-drink giant Coca-Cola to the tune of $100 million and 5 more years. Hector Calva, Chief Information Officer of Coca-Cola FEMSA commented,

After experiencing sustained growth across Latin America, these additional efforts to centralize and standardize will give us the support we need to find new opportunities to put beverages in the hands of the Latin American people.

Something tells me that the Latin American people want more opportunities than just a soda en los manos, but the idealism is almost as refreshing as their iconic beverage. HP is reportedly consolidating 348 different locations to a single data center in Mexico- from a business perspective, that sounds like a lot of people will be out work once the debris settles. Hopefully they've been there long enough to take advantage of their stock opciones.

The new services and infrastructure support the company's Latin American growth while providing better service and lower costs. The agreement adds more than $100 million to HP's existing Coca-Cola FEMSA relationship, which began in 2000.

"After experiencing sustained growth across Latin America, these additional efforts to centralize and standardize will give us the support we need to find new opportunities to put beverages in the hands of the Latin American people," said Hector Calva, chief information officer, Coca-Cola FEMSA. "HP knows our business and industry well. With the team's extensive experience in data center consolidation, we will have the technology foundation and support critical for our growth plans and future success."

In addition, HP will continue to deliver Workplace Services for Coca-Cola FEMSA's 14,500 desktop and notebook PCs, handheld devices, printers and servers as well as moving to dedicated Service Desk Services in Spanish and Portuguese for employees using these devices.

HP Agility Alliance partners, including SAP and Microsoft, will provide additional tools, technologies and resources to HP in support of Coca-Cola FEMSA.

"In a region such as Latin America with its many opportunities for growth, companies that develop an efficient technology infrastructure and business procedures to support an 'Instant-On' enterprise will be better able to take advantage of those opportunities," said Octavio Marquez, managing director, HP Mexico. "Our industry knowledge and decade-long relationship with Coca-Cola FEMSA, as well as our ability to scale when and where the client grows, will continue to help the company achieve its goals."

In a world of continuous connectivity, the Instant-On Enterprise embeds technology in everything it does to serve customers, employees, partners and citizens with everything they need, instantly.

Coca-Cola FEMSA, S.A.B. de C.V. produces and distributes Coca-Cola, Sprite, Fanta, Lift and other trademark beverages of The Coca-Cola Company in Mexico (a substantial part of central Mexico, including Mexico City and southeast Mexico), Guatemala (Guatemala City and surrounding areas), Nicaragua (nationwide), Costa Rica (nationwide), Panama (nationwide), Colombia (most of the country), Venezuela (nationwide), Brazil (greater So Paulo, Campias, Santos, the state of Mato Grosso do Sul, part of the state of Goias and part of the state of Minas Gerais) and Argentina (federal capital of Buenos Aires and surrounding areas), along with bottled water, beer and other beverages in some of these territories. The Company has 30 bottling facilities in Latin America and serves over 1,500,000 retailers in the region. The Coca-Cola Company owns a 31.6 percent equity interest in Coca-Cola FEMSA. Visit https://www.coca-colafemsa.com for more information.

HP creates new possibilities for technology to have a meaningful impact on people, businesses, governments and society. The world's largest technology company, HP brings together a portfolio that spans printing, personal computing, software, services and IT infrastructure to solve customer problems. More information about HP (NYSE: HPQ) is available at https://www.hp.com/.

This news release contains forward-looking statements that involve risks, uncertainties and assumptions. If such risks or uncertainties materialize or such assumptions prove incorrect, the results of HP and its consolidated subsidiaries could differ materially from those expressed or implied by such forward-looking statements and assumptions. All statements other than statements of historical fact are statements that could be deemed forward-looking statements, including but not limited to statements of the plans, strategies and objectives of management for future operations; any statements concerning expected development, performance or market share relating to products and services; any statements regarding anticipated operational and financial results; any statements of expectation or belief; and any statements of assumptions underlying any of the foregoing. Risks, uncertainties and assumptions include macroeconomic and geopolitical trends and events; the competitive pressures faced by HP's businesses; the development and transition of new products and services (and the enhancement of existing products and services) to meet customer needs and respond to emerging technological trends; the execution and performance of contracts by HP and its customers, suppliers and partners; the achievement of expected operational and financial results; and other risks that are described in HP's Quarterly Report on Form 10-Q for the fiscal quarter ended January 31, 2011 and HP's other filings with the Securities and Exchange Commission, including but not limited to HP's Annual Report on Form 10-K for the fiscal year ended October 31, 2010. HP assumes no obligation and does not intend to update these forward-looking statements.

2011 Hewlett-Packard Development Company, L.P. The information contained herein is subject to change without notice. The only warranties for HP products and services are set forth in the express warranty statements accompanying such products and services. Nothing herein should be construed as constituting an additional warranty. HP shall not be liable for technical or editorial errors or omissions contained herein.