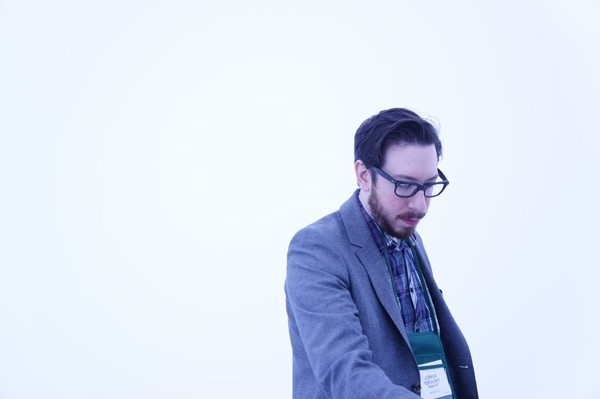 "It's hard to believe that I'm currently writing the words I seem to be writing, though a casual stock-taking of my senses dictates that it must be true. Here I am, at my computer, typing letters one by one into a plain text document, rolling along through one of the strangest posts I've ever penned for this site. Okay, probably the strangest ever.

After nearly four years at Engadget, it's time to make my exit. There are things I'm after and challenges I want to take on that just don't fit with my day-to-day schedule here, so off I go.

I didn't make this decision lightly. The time I've spent here has been -- without question -- the most amazing, rewarding, and just insanely fun period of my life. And I like to think I've had some pretty good times. The Engadget staff is easily the greatest collection of human beings I've ever encountered, and they've made waking up and freaking out over tech news for 12 to 18 hours a day into basically a party. I've never worked so hard or had so much fun doing it. I don't use religious terms very often, but if there's such a thing as being blessed, I would say the opportunity I had to work with these people certainly made me feel that way.

And it's not just the core team at Engadget; all the groups at Weblogs (and its director Brad Hill), have been tremendous friends, partners, and peers.

Then there's you guys -- the readers. The hive mind. The Engadget fan-boys and -girls. It's hard to sum up my experiences with the readership of Engadget in one paragraph. It would probably be hard in a hundred. But I can say that you're simply the most informed, passionate, and excited group of people anywhere on the planet. Sure, you can get a little crazy sometimes -- but what an astounding group of super-geniuses you are as well. Writing and working for the throngs of people who visit this site every day has been a huge challenge, a learning experience, and just kind of awe-inspiring.

But as I said, it's time for me to step away. I'm not leaving the industry or the news game -- in fact, I've got a few fantasy projects in mind that hopefully you'll be hearing about soon.

Don't worry though, Engadget is going to keep doing what it does best: being awesome. We have an amazing staff of senior editors and writers that will keep the machine chugging along (and growing!) for years to come. My friend and our editorial director Josh Fruhlinger will be taking on a bigger role in our day-to-day during the transition, and I won't be completely disappearing from the site -- I'll stay on as editor-at-large, to advise and direct when necessary. I'll also be sticking around to host more episodes of the Engadget Show, so you can continue to get your fix (if you're into nerdy video shows about gadgets and technology, that is).

And with that, I'm shuffling over towards the door, just underneath that dim exit sign that keeps blinking on and off, its fluorescent bulbs cracking with some syncopated rhythm all their own. It's just started to rain a little bit outside, but I've got my coat and umbrella. I'll be fine, and so will you.

According to Swisher, the move had nothing to do with the recent AOL acquisition of either TechCrunch or The Huffington Post (apparently Arianna Huffington even urged Topolsky not to leave), but Engadget's editors have been dropping like flies ever since the acquisition by the former Internet-Portal-turned-News-Site: two other senior editors, Paul Miller and Ross Miller (Miller's a common name, people) recently left, and Swisher's sources claim that now-Managing-Editor Nilay Patel is also on the way out.

I'm going to go ahead and call shenanigans on Topolsky's departure "having nothing to do" with working under AOL- with a revolving door of editors as well as having a giant corporate editorial structure, it couldn't have been easy.

Not that anyone could really believe that Topolsky was leaving the Tech-News gig after running a site that has 14 million unique views a year, but according to him he's got some other projects in the works.