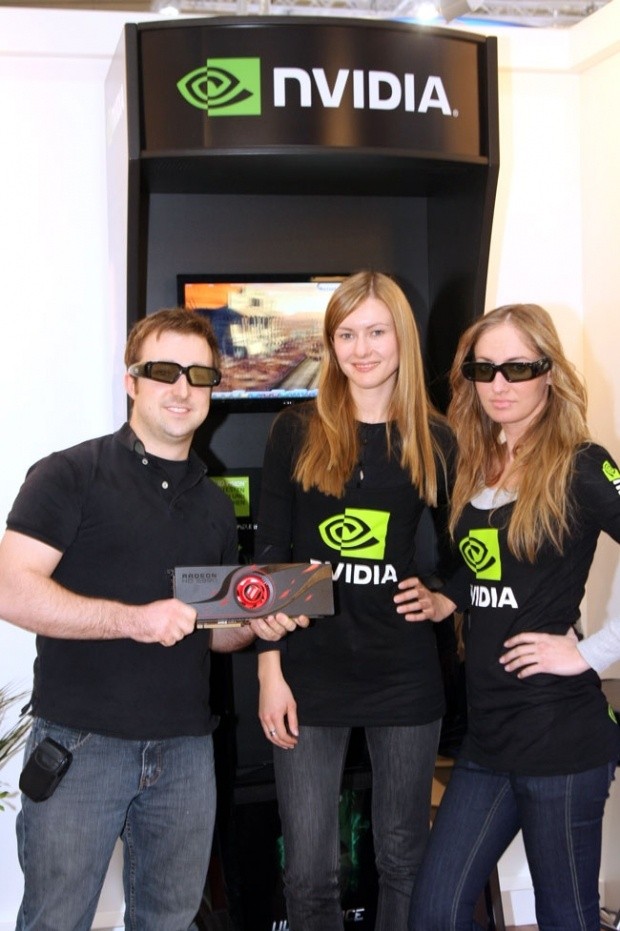 As the picture above shows, NVIDIA are in good spirits. This could mean a few things. They could be just smiling to get it out of the way, smiling because they know their product is better, or smiling in defeat. My guess is the NVIDIA's dual-GPU will be faster but at the use of much more power (400W+) where the HD 6990 should sit pretty at 300W and below.