All NewsBusiness, Financial & LegalCases, Cooling & PSUContests & GiveawaysCPU, APU & ChipsetsDealsDisplays & ProjectorsGamingMotherboardsScience, Space & RoboticsStorageVideo CardsVirtual & Augmented Reality
All ReviewsAll ArticlesAudio, Sound & SpeakersCases, Cooling & PSUCPUs, Chipsets & SoCsComputer SystemsDisplays & ProjectorsGamingMotherboardsNetworkingPeripheralsStorageVideo Cards
GuidesGamingAsk the ExpertsNewsletterAboutForums
Halo InfiniteBattlefield 6Elon MuskGTA 6RTX 3080RTX 3070HDMI 2.1Bitcoin Mining
Video Cards
Rumor has it that NVIDIA will be the first one out of the gate with a dual-GPU for 2011. Sources close to Taiwan-based Digitimes are saying that both AMD and NVIDIA are noticing a drop in demand for low-end discrete GPUs as IGPs and especially APUs are absorbing this segment. 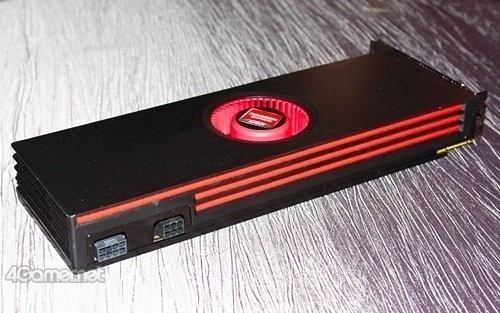 The results of this? NVIDIA and AMD are looking to pump up hardware for the performance market given the shift in demand. Word is that NVIDIA is set to unveil the dual-GPU based Fermi card by the end of next month in the form of the GeForce GTX590. The GTX590 is looking to sport two GF110 cores with a total of 1024 CUDA cores, 3027MB of GDDR5 memory, dual 384-bit memory buses, 128 texture units and 96 ROPs - effectively, double the GTX580 specs.

While over in the red camp, AMD are patiently waiting and are rumored to have their Radeon HD6990 dual-GPU card ready to go and are going to let NVIDIA release first so that they don't have the time for last minute adjustments to tweak the GTX590's performance. This could mean that AMD might have the upper-hand once the dual-GPU battle begins.
NEWS SOURCE:techspot.com