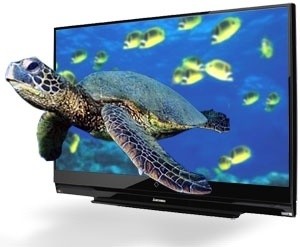 But, they're expecting sales of 3D sets to jump by releasing new models and new technologies that Samsung say will enhance the 3D experience. Samsung's 2010 target for 3D sales was 2 million, this year brings a 500-percent increase in sales targets. Yoon Boo-geun, president of Samsung's visual display business told reports that Samsung expect to grab between 9 - 10 million 3DTV sales in 2011 and has hailed the so-called active shutter technology it uses.