So, besides Sony having a kick ass Gran Turismo 5 five screen simulator at their booth, they were also actively promoting PlayStation Move - the gaming controller competitor to Microsoft's Xbox Kinect that actually requires a controller. Booth babe ladies were scattered on a stationary merry-go-round setup with loads of PS3's and the Move motion controller. 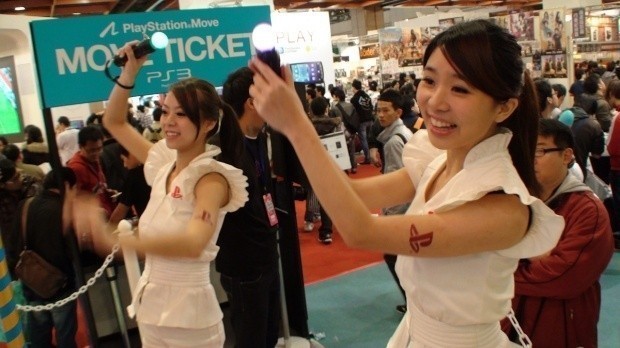 Sure, Move is far from new, but it's still kind of newish in Taiwan and the first I have really seen it in action for a considerable amount of time.