All NewsBusiness, Financial & LegalCases, Cooling & PSUContests & GiveawaysCPU, APU & ChipsetsDealsDisplays & ProjectorsGamingMotherboardsScience, Space & RoboticsStorageVideo CardsVirtual & Augmented Reality
All ReviewsAll ArticlesAudio, Sound & SpeakersCases, Cooling & PSUCPUs, Chipsets & SoCsComputer SystemsDisplays & ProjectorsGamingMotherboardsNetworkingPeripheralsStorageVideo Cards
GuidesGamingAsk the ExpertsNewsletterAboutForums
RTX 4090Windows 11Halo InfiniteBattlefield 2042Elon MuskGTA 6RTX 3080HDMI 2.1
Gaming
It's hard to believe with all the talk of the Nintendo 3DS that has been going on for months now that the portable console is still only in the pre-order stage. It hasn't been too long since the mere existence of the console was speculation and now we know the exact price and date that the machine will land. Amazon has previously been taking pre-orders for the 3DS for about $250. 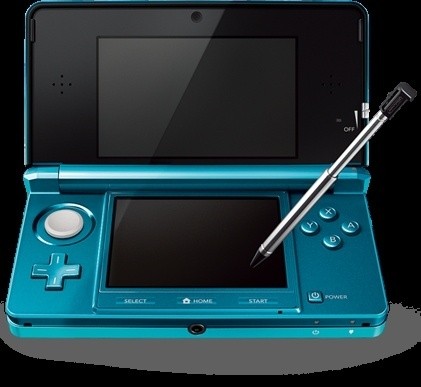 Nintendo is now taking pre-orders as well directly from its site on the 3DS for the same price of $249.99. The console will ship on March 27 and you can pre-order yours in aqua blue or cosmo black colors. Both of the machines share the same features and same chance of making you feel sick when using the device in 3D.

If you live under a rock and have somehow missed all the talk of the 3DS, the main feature is that it can play games in 3D without needing glasses. It has a motion sensor and a gyro sensor for reacting to the tilt of the console as a control. It has the same two-screen layout the other DS consoles have used. It ships with a 2GB SD card and has a lot more features as well. The $250 price tag seems a bit high to me.
NEWS SOURCE:nintendo.com