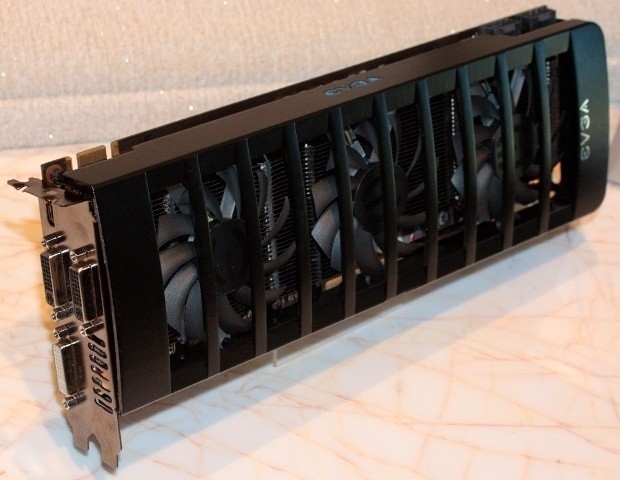 The card has 3 DVI outputs, which would lead us to believe it's Surround Vision-capable from the single PCIe product. The card requires dual 8-pin PCIe power, so you'll need some a decent PSU to run this beast. The card also includes SLI which should be capable of attaching another dual-GPU based card and going for 4-way action.

The triple fan looks the goods too, so it should keep the card both cool and quiet.
NEWS SOURCE:techreport.com