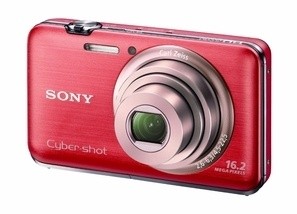 These cameras will boast a huge 16.2 megapixel lens, with the DSC-TX100V being the first compact camera to boast the ability to take full 1080p/60p videos. "Exmor R" back-illuminated CMOS sensor technology will provide excellent low-light ability, and Sony states these cameras will bring you very close to DSLR capabilities with a compact feel. These cameras will start hitting in March, so keep an eye out.
Newsletter Subscription