Most of our readers know the RealSSD C300 is the fastest SSD available on the planet. The new C400/M4 will soon take that title as long as Micron/Crucial gets their drive to market before SandForce challenges for king of the hill status. 2011 is going to be another great year for all storage enthusiasts since both drives will be faster than present drives and both are claiming superiority. 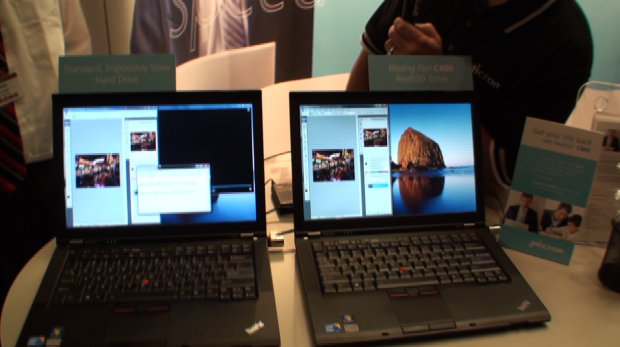 The drives gets new 25nm NAND flash memory and the fastest drive claims a super fast read speed of 415MB/s and comes in a totally impressive capacity of 512GB.

We spoke with Micron today on video, as you can see in the video above.
Newsletter Subscription