NewsReviewsArticlesGuidesGamingAsk the ExpertsNewsletterForums
GIVEAWAY: Gaming peripherals upgrade thanks to Corsair worth $280
Gaming
DICE had put a goal on their new Vietnam pack for Bad Company 2 when released. That a new map would be opened up when 69 million team actions had been completed. 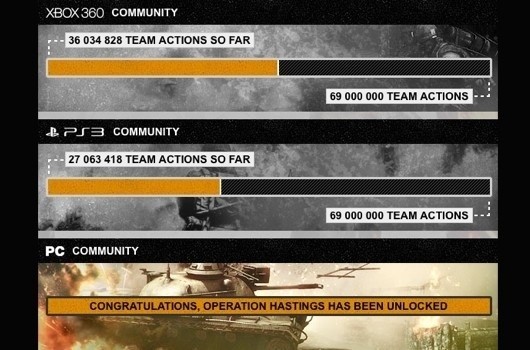 Xbox 360 combatants are on around 36 million team actions, PlayStation 3 battlefielders are on 27 million while PC - have pushed past 69 million and now have the map unlocked to play!

Team actions are given for players who spot enemies, heal, revive or resupply ammo to your team mates and also repairing tanks or vehicles. Any good player will do this as the game is very heavily based in teamwork. Now, back I go to it for my NYE festivities!!
NEWS SOURCE:joystiq.com