NewsReviewsArticlesGuidesGamingAsk the ExpertsNewsletterForums
Storage
Intel has been in the SSD market for a long time now with some devices that offer nice performance and have good features and performance. The company has announced today that it has a new SSD that is called the Intel SSD 310. The Intel device supports SATA over a PCIe mini-connector for tiny devices like handhelds and netbooks. 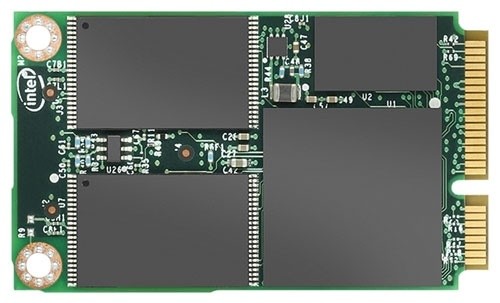 The SSD uses 34nm NAND flash memory inside and comes in m-SATA form factor with 40GB or 80GB of storage. The tiny SSD weighs only 10g and is surprisingly cheap for upgrade needs. The 40GB SSB will sell for $99 and the 80GB version is $179, in 1000 unit quantities naturally.