NewsReviewsArticlesGuidesGamingAsk the ExpertsNewsletterForums
Laptops
Netbooks already seem to be dying off as a category with the soaring growth the tiny machines were experiencing slowing and many consumers flocking to tablets today. Despite the slowing sales for netbooks, there are still new machines coming to market today. A new rig from Acer has leaked called the Aspire One 522 and it looks pretty cool. 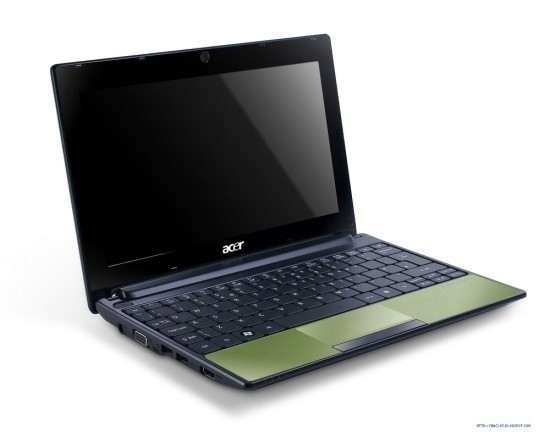 The machine has a 10-inch screen and runs an AMD processor under the hood. The machine is based on the AMD C-50 Ontario APU, which is a dual-core part. The TDP is 9W for the machine, which should mean decent battery life. The 10.1-inch screen has a resolution of 1280 x 720 and the GPU inside is an AMD Radeon HD 6250.

The other features of the machine include 2GB of RAM, Windows 7 Starter, 500GB of storage, a HD webcam, WiFi, Bluetooth, and a 6-cell battery. The little rig won't be great for listening to music with the onboard sound system; it doesn't even have stereo speakers. The price is said to be about $425.
NEWS SOURCE:netbooknews.com