NewsReviewsArticlesGuidesGamingAsk the ExpertsNewsletterForums
Gaming
Activision has said that Call of Duty: Black Ops has surpassed even Modern Warfare 2 in sales and has to date surpassed $1 billion in sales across all platforms. 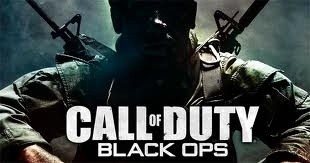 "In all of entertainment, only Call of Duty and "Avatar" have ever achieved the billion dollar revenue milestone this quickly," said Bobby Kotick, CEO of Activision Blizzard. "This is a tribute to the global appeal of the Call of Duty franchise, the exceptional talent at Treyarch and the hundreds of extraordinary people across our many Call of Duty studios including Infinity Ward and Sledgehammer that work tirelessly on the franchise. Our ability to provide the most compelling, immersive entertainment experience, and enhance it with regular, recurring content that delivers hundreds of hours of audience value, has allowed Call of Duty to continue to set sales and usage records."