NewsReviewsArticlesGuidesGamingAsk the ExpertsNewsletterForums
GIVEAWAY: Gaming peripherals upgrade thanks to Corsair worth $280
Software
The CES rumor mill is starting to run full force with the big event only a few weeks away. Microsoft is right in the middle of it this time, with Steve Ballmer's keynote possibly including new tablet demos and a tease for Windows 8. 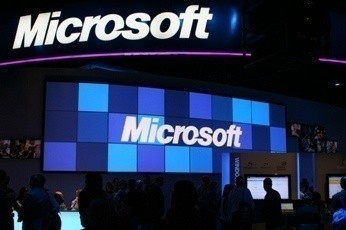 According to The New yourk Times, Ballmer's looking to launch some shots at the iPad's tablet userbase with some help from Samsung and Dell; a 10.1" tablet from Samsung with a slide out keyboard being among the largest possibilities. An HTML5 web based app store could also be in the works, as well as an early sneak peek at Windows 8. All of these products aren't supposed to see the light of day until at least the second half of next year, but this could wash the taste of last year's HP Slate demo out of Microsoft's mouth since that tablet never saw the light of day. TweakTown will be at CES in full force with coverage, so stay tuned.
NEWS SOURCE:engadget.com