NewsReviewsArticlesGuidesGamingAsk the ExpertsNewsletterForums
GIVEAWAY: Gaming peripherals upgrade thanks to Corsair worth $280
Gaming
iOS and Android based games are getting far more popular and with that popularity is coming profits - in large bags of money. Epic's first foray into iOS gaming comes in the form of Infinity Blade which was released last week. 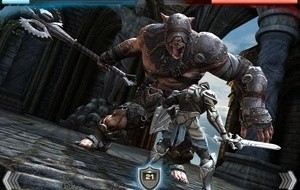 Infinity Blade generated $1.6 million in the first four days on the App Store. The game sells for $5.99 and currently has 271, 424 users. Infinity Blade has pushed the great Angry Birds Seasons HD and Angry Birds HD to second and third spots for paid apps on the iPad.