NewsReviewsArticlesGuidesGamingAsk the ExpertsNewsletterForums
Mobile Devices
Andy Rubin turned quite a few heads the other day at the Dive into Mobile conference while showing off Google Maps on a currently unannounced Motorola tablet. It seems that he's not the only one with his hands on one, as the leak machine that is the internet has sprouted a home screen shot and some possible specs. 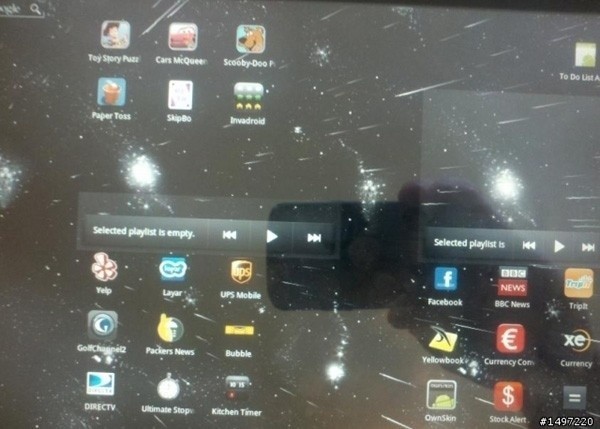 According to the source, Motorola has 7 and 10 inch flavors of the tablet in the works with UMTS, CDMA and LTE versions coming to play nicely with any mobile carrier that would want to carry the device. Dual cameras, NVIDIA's Tegra 2 chipset, as well as 32GB of internal storage are also on the list of possible inclusions. Let's hope that a full release comes soon; maybe at CES?
NEWS SOURCE:androidguys.com