NewsReviewsArticlesGuidesGamingAsk the ExpertsNewsletterForums
Mobile Devices
Several companies have been tinkering with the idea of cloud based gaming for a while now, and GameString has been right there in the middle of it. Their latest accomplishment is a custom UI that allows World of Warcraft to be played on an Android phone. 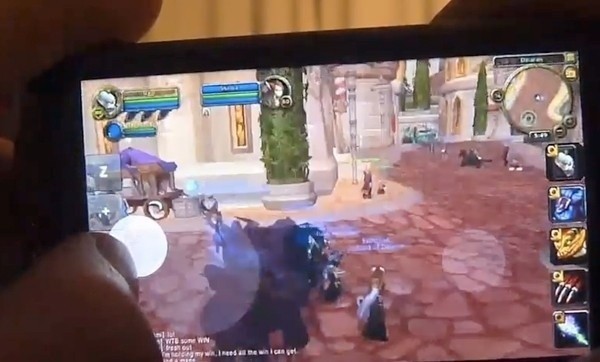 A translucent spot that operates as a thumbstick along with buttons for spells allow the game to be playable while it streams from an Adrenalin Host Server from approximately 80 kilometers away. The HTC Desire used is connected to a home network with speeds of 2Mbps down / 2Mbps up. While this Alpha version does show some stuttering in intense spots, it's still a step in pushing mobile gaming to another level. Check out the video demo after the break.