NewsReviewsArticlesGuidesGamingAsk the ExpertsNewsletterForums
GIVEAWAY: Gaming peripherals upgrade thanks to Corsair worth $280
Mobile Devices
Today Optus has started the process of automatically unlocking it's customers' iPhone's over the Optus network, which allows the iPhones to be used overseas. Previous iPhone handsets (prior to the iPhone 4) were locked to the carrier's SIM - which prevented use on other networks. 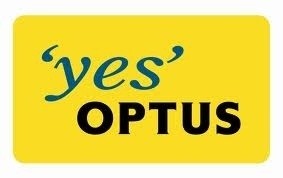 The network locking was started with AT&T's exclusivity to Apple's first iPhone in the US - this was to stop customers from importing the iPhone somewhere it wasn't for sale and using it on a network that was not AT&T.

Optus have finally given the key to unlock it's network restriction yesterday by sending it's customers an SMS saying:

"Your iPhone has been Network Unlocked, to complete; backup/restore via iTunes."

From that you were directed to a web link to ensure your purchased apps, music and contacts were backed up before the process of unlocking began. Optus' web site had stated it unlocked the iPhones "to save you time in calling us and to give you the ability to use a non-Optus SIM card, including compatible overseas SIM cards."
NEWS SOURCE:itnews.com.au