NewsReviewsArticlesGuidesGamingAsk the ExpertsNewsletterForums
GIVEAWAY: Sabrent Rocket Q 8TB NVMe PCIe M.2 SSD worth $2000!
Mobile Devices
If one of the things on your holiday wish list is an iPad, you need to hop over to Evolyte. If you haven't heard of the site before, it's one of the deal sites along the lines of Woot. The company has a deal going right now that could save you as much as $100 off a 32GB iPad. The deal has some conditions though. 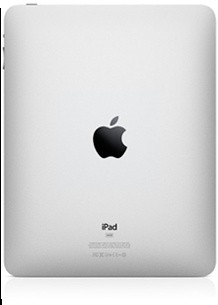 It appears that to get the deal the company needs to move enough of them. What you are doing is pre-ordering and the deal has to be "unlocked" before your card is charged and the iPad is ordered. After 50 of the 32GB WiFi iPads are sold, the deal is unlocked and each of them will ship at a $50 discount.

I would assume 1000 of the things need to sell before you get the full $100 off discount. So far, the deal has about four and a half days left to run and 15 of the things have been sold already out of the 50 for the initial discount. That number has doubled from seven this morning so it's looking good to save at least $50 on the thing.
NEWS SOURCE:evolyte.com